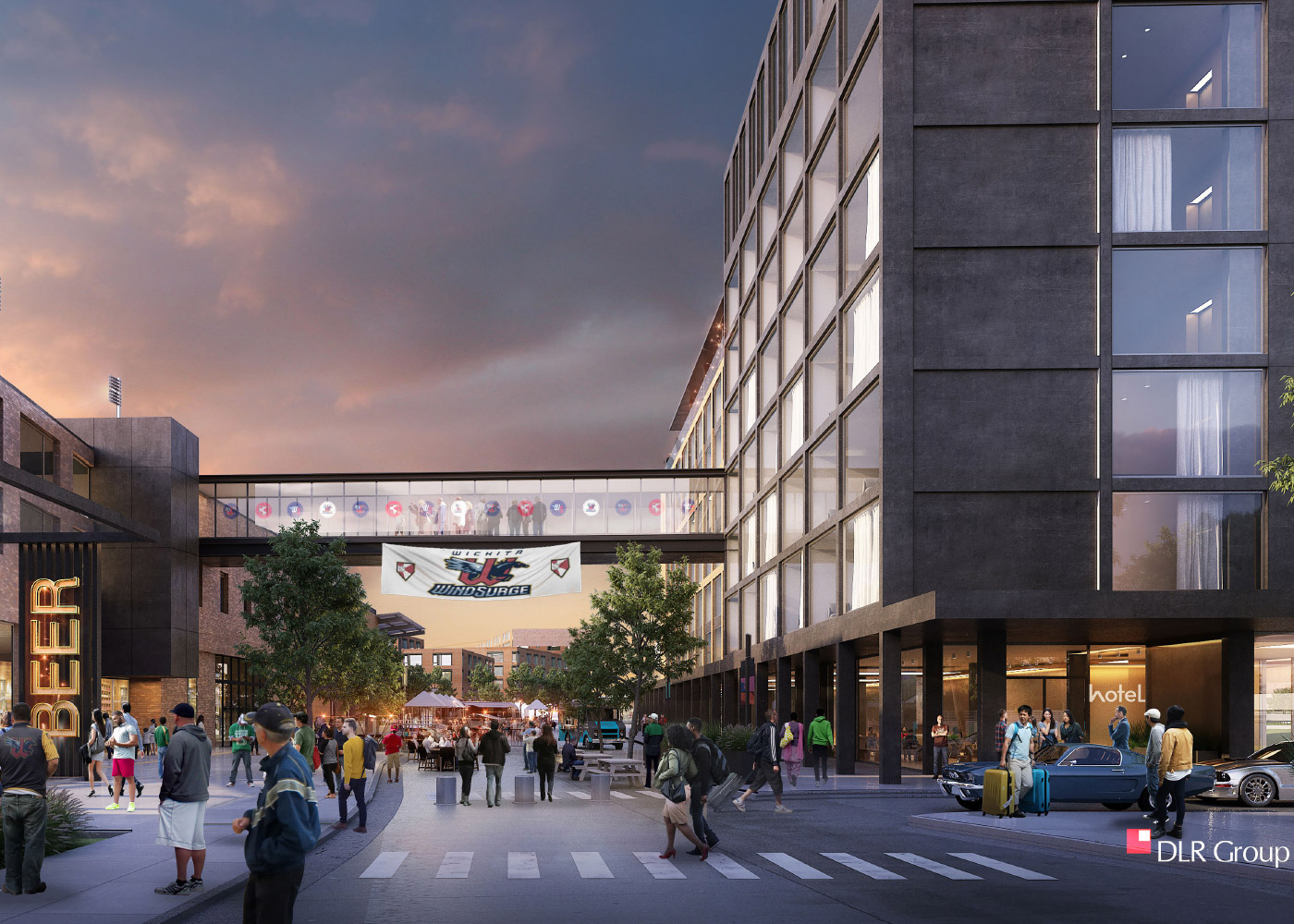 Wichita Wind Surge ownership and EPC Real Estate recently announced their plans to develop an eight-story hotel and a six-story office building along the west bank of the Arkansas River. The project will increase the density and mix of uses surrounding Riverfront Stadium.

The new hotel will include 150 rooms with commercial space on the ground floor overlooking the Arkansas River. The new Class A office building at the northwest corner of Maple Street and McLean Boulevard will be 55,000 square feet with 5,000 square feet of commercial space on the ground floor. Plans include the construction of a public parking garage with 200 spaces connected to the office building. Estimated completion is summer 2024.