As the leader of the Flowers on Douglas initiative, Cindy Carnahan is cultivating change in Wichita’s urban center. Born and raised in Wichita, Cindy knows this city inside and out – especially downtown where her grandfather owned the first music store in town. When Cindy realized downtown was lacking opportunities to interact with nature in an urban environment, her strong hometown roots motivated her to personally tackle the challenge.

It all began in 2016 when Cindy attended a Music Theater Wichita performance. Inspired and awed by the colorful production, she stepped outside filled with immense pride that Wichita had such world-class theatre acts performed by local talent. Looking forward to spending the rest of the evening exploring downtown, Cindy began walking around. She couldn’t shake the feeling that something was missing from the downtown streets. It was at that moment she realized the colorful, outstanding performance she has just witnessed was not mirrored in the urban landscape before her eyes.

“I came out of Music Theatre one evening and I thought – oh my goodness. We’ve got to do something down here. We’ve got to get some flowers.”

As an experienced gardener who has been planting her entire life, Cindy knew the impact that flowers can have in any setting. Flowers and greenery shape your experience and your surroundings - they bring an element of whimsy and surprise to an otherwise overlooked space.

“My family gardened. My grandfather loved to plant. My father loved flowers. I planted with him a lot. My aunt had a certified organic farm in Sonoma Valley and I would visit her in the summertime and help her at the farm… so I have become a gardener just by the love of watching things grow.”

Cindy began to imagine floral displays in downtown. How they would add pops of color with greenery growing wildly alongside the blooms. She knew flowers would change the way people engaged with downtown and decided to take action.

She connected with Jeff Fluhr (Downtown Wichita) and discovered that the City of Wichita and Downtown Wichita had recently partnered to install and maintain over one hundred planters along Douglas Avenue. To maximize the effort, all that was missing was someone with the drive and expertise from the private sector to lead the project and fundraising efforts. Despite the magnitude of the project, Cindy fearlessly volunteered her time and energy to make her vision and the Flowers on Douglas project a reality.

“I’m passionate about Flowers on Douglas because I think it’s making a huge difference in not only how we look, but how the people of Wichita feel about their hometown. I think it gives them a sense of pride.”

Three years later and the Flowers on Douglas project is thriving under Cindy’s leadership. She coordinates plantings with a team of Master Gardeners, raises funds to maintain the potted plants, and continues to dream about future possibilities. Through her perseverance in fundraising and achieving her vision, the project has also expanded to include over eighty hanging baskets.

Cindy’s efforts can be seen amongst the beautifully planted pots and cascading flowers that adorn the sidewalks in downtown, creating a welcoming and friendly environment for both locals and visitors to enjoy.

Watch Cindy’s Possibility People video above to hear more of her story.

Learn more about the Flowers on Douglas project and donate at www.FlowersonDouglas.org. 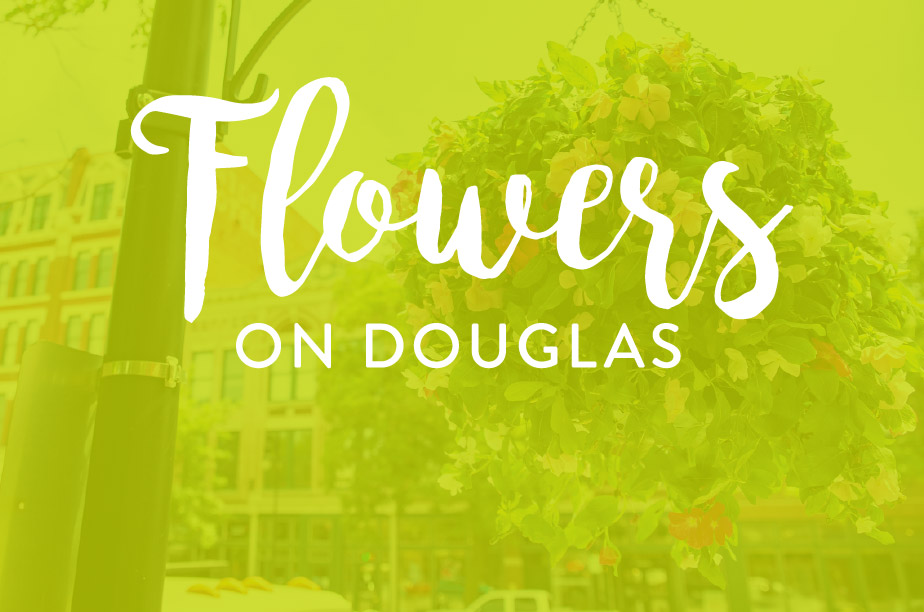 Possibility People enable others to move from vision to reality and make our urban core distinct. View more of their stories and subscribe to receive video releases straight to your inbox.